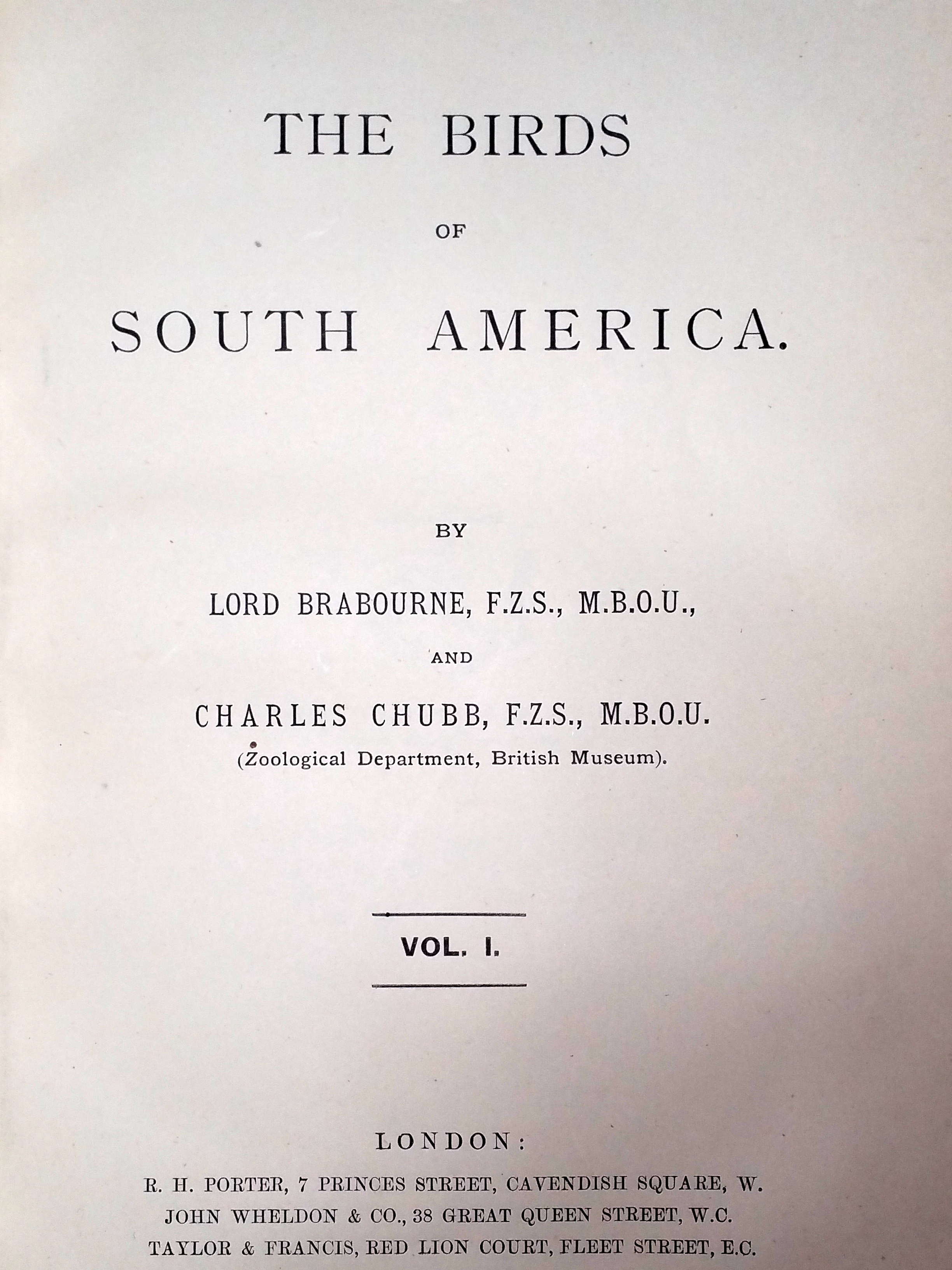 By: Lord Brabourne and Charles Chubb

504 pages, plus original stiff paper wrap covers bound at rear [and] 11 pages, plus 38 colored plates after H. Gronvold, and stiff paper wrap covers of the first 19 plates bound at rear. Both volumes are beautifully bound in burgundy half leather over spines and corners, and with dark red cloth over boards. Raised spine bands and gilt lettering on spines. Zimmer (1926, pp 85-86) states "As projected this work was to have comprised 16 volumes with 400 plates, but the death of the senior author terminated the publication after the issue of the present volume containing only the list of species. A series of 38 of the plates intended for this work was issued subsequently, under separate authorship and title, as 'Illustrations of the Game Birds and Waterfowl of South America,' by H. Gronvold, 1917." He goes on to state (p 276) "...Later, these plates were issued separately under the present title, with short explanatory notes by H. Kirke Swann. A half-title with the work reads, 'The Birds of South America. Vol. II (Plates),' but the two publications are in reality distinct. A first series of 19 plates appears to have been issued in 1915; the remainder, with the short text, appeared in 1917." The plate volume was published by John Wheldon & Co. in London. Now in matching bindings, the text volume, labeled Vol. I on the spine is royal 8vo, and the plate volume, labeled Vol. II, is royal 4to. Covers remain bright and clean with only slight scattered rubbing/scuffs. Both volumes with book plate on front free end leaf. Top hinges (internal) of each volume show slight cracks, though both volumes remain solid and tight. Upper edges are just a little darkened, though faces of all leaves remain clean. A few of the plates show small inked press marks near edges originating with the plate's production. Volumes are otherwise bright, crisp, clean and intact. A lovely set. Due to the size and weight, additional charges may apply for Priority and/or International shipping.