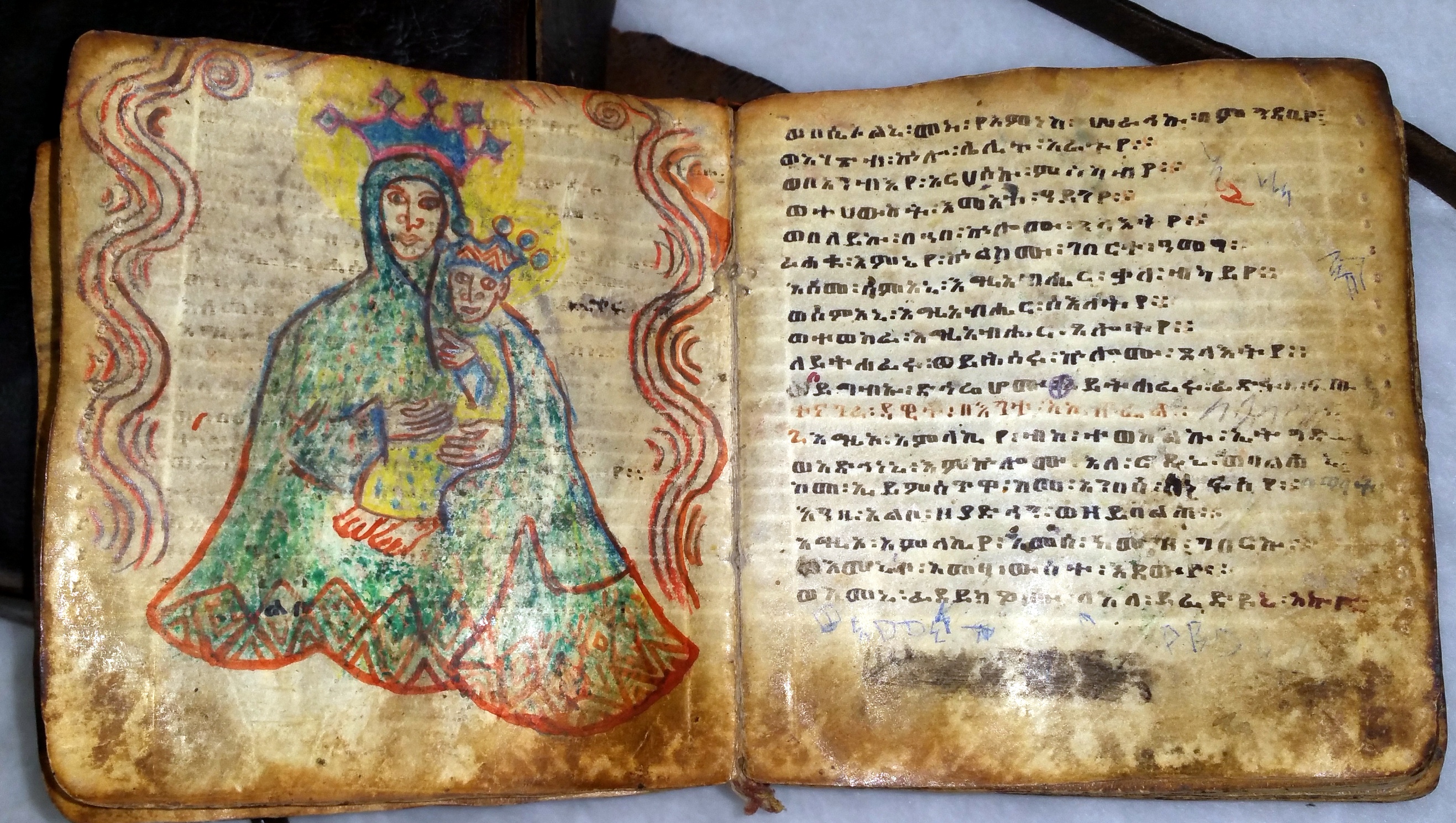 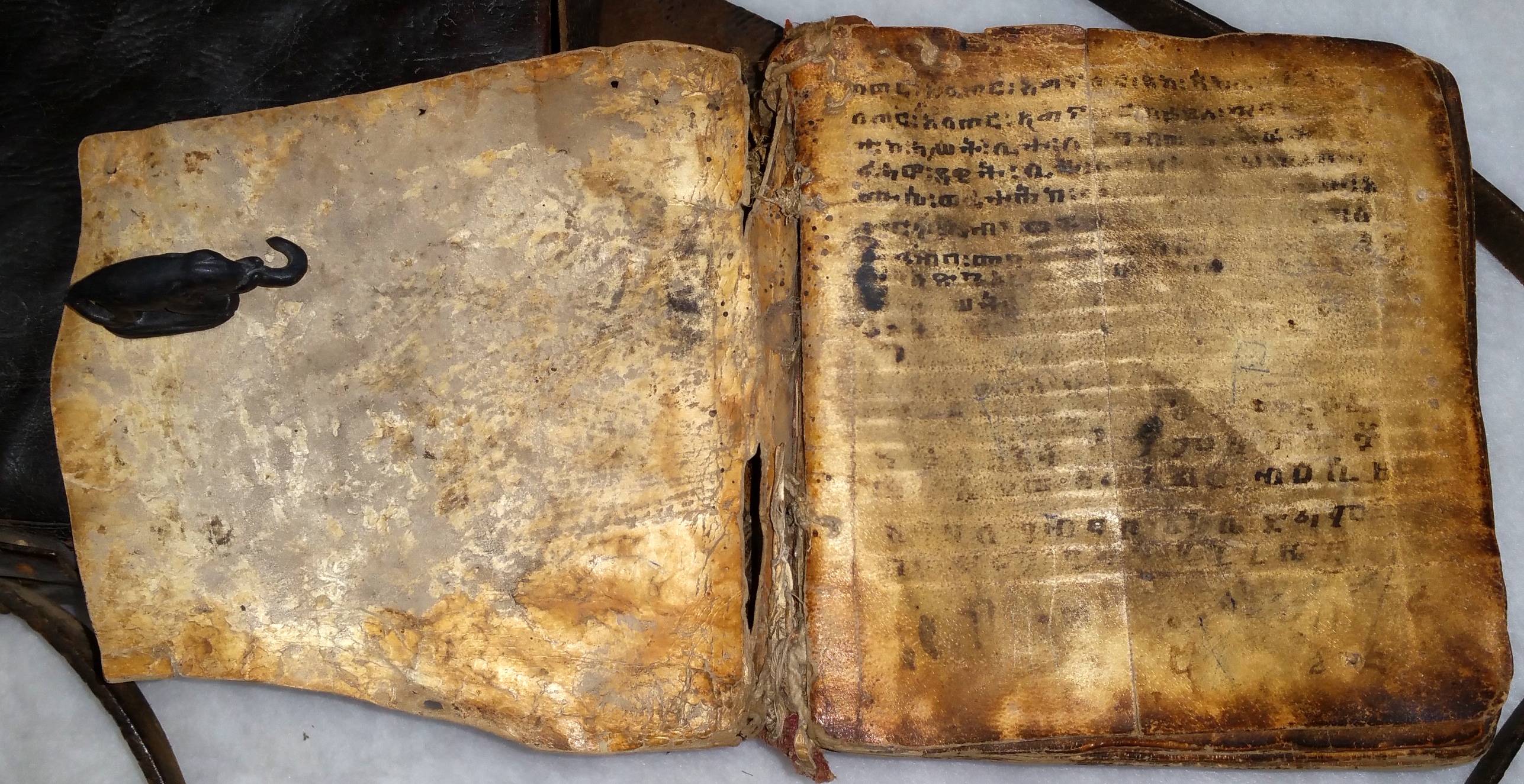 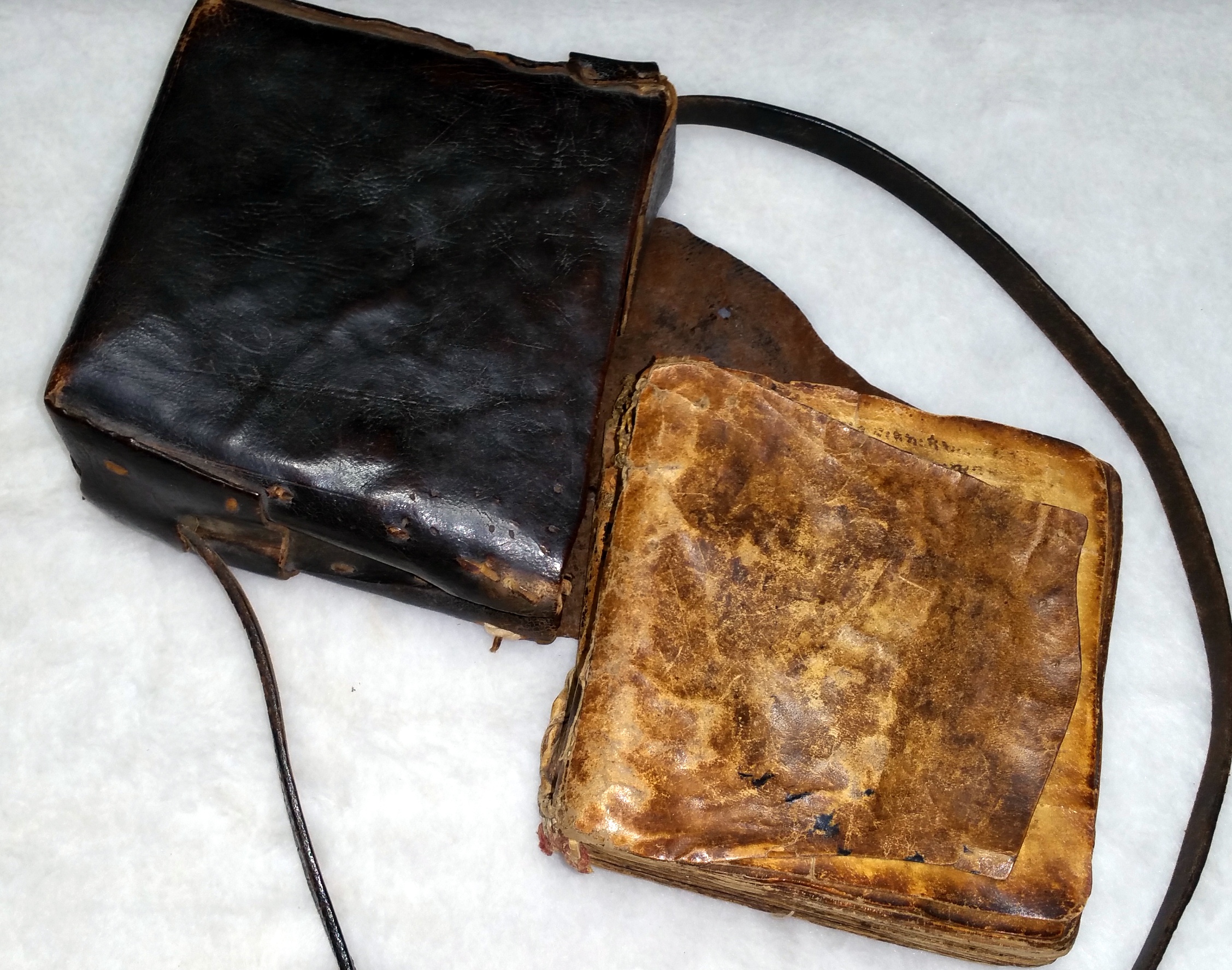 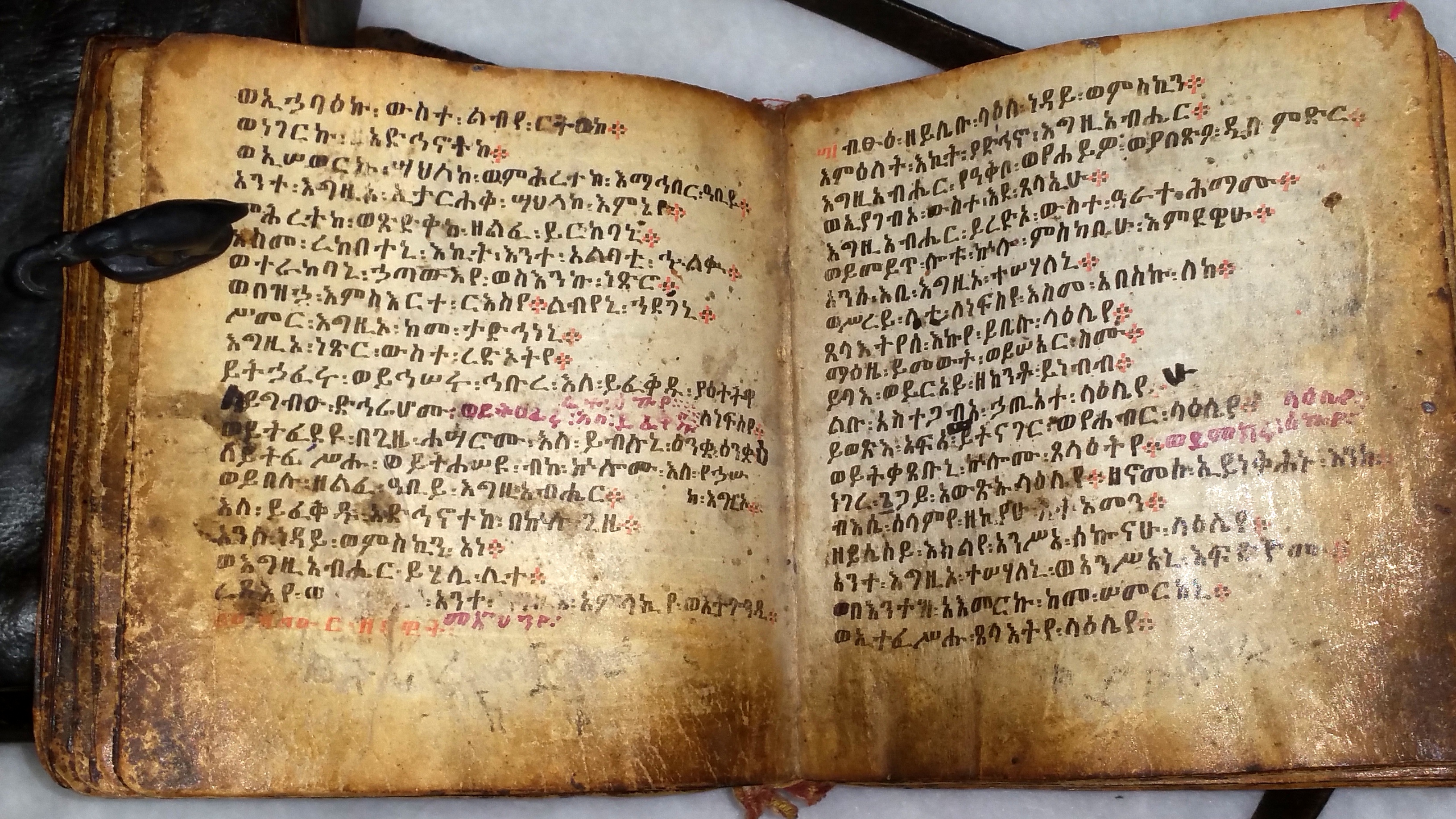 No date, though circa mid-late 18th century. 144 leaves (288 pages) on velum leaves, bound in leather. Sinew tied. Mostly black lettering, though with some in red. One full page illustration in color of Madonna and Child. There are a few decorative breaks between sections of text. Written in Ge'ez, an ancient South Semitic language originating in Eritrea and the northern region of Ethiopia. Once the official language of Aksum and Ethiopia, it now remains primarily used in the liturgy of the Ethiopian Orthodox Church, and to a lesser degree by the Beta Israel Jewish Community (Wikipedi, 2017). Bottom cover is lacking, though all contents appear present. The first leaf is heavily rubbed and mostly illegible. Remaining contents show age, a little rubbing, and scattered markings, though are clear and legible. Estimated to be mid to late 18th century based upon examination of other volumes determined or known to be of this period. Volume is now housed in a leather carrying bag likely reminiscent of its original, though likely made in the mid to late 20th century.