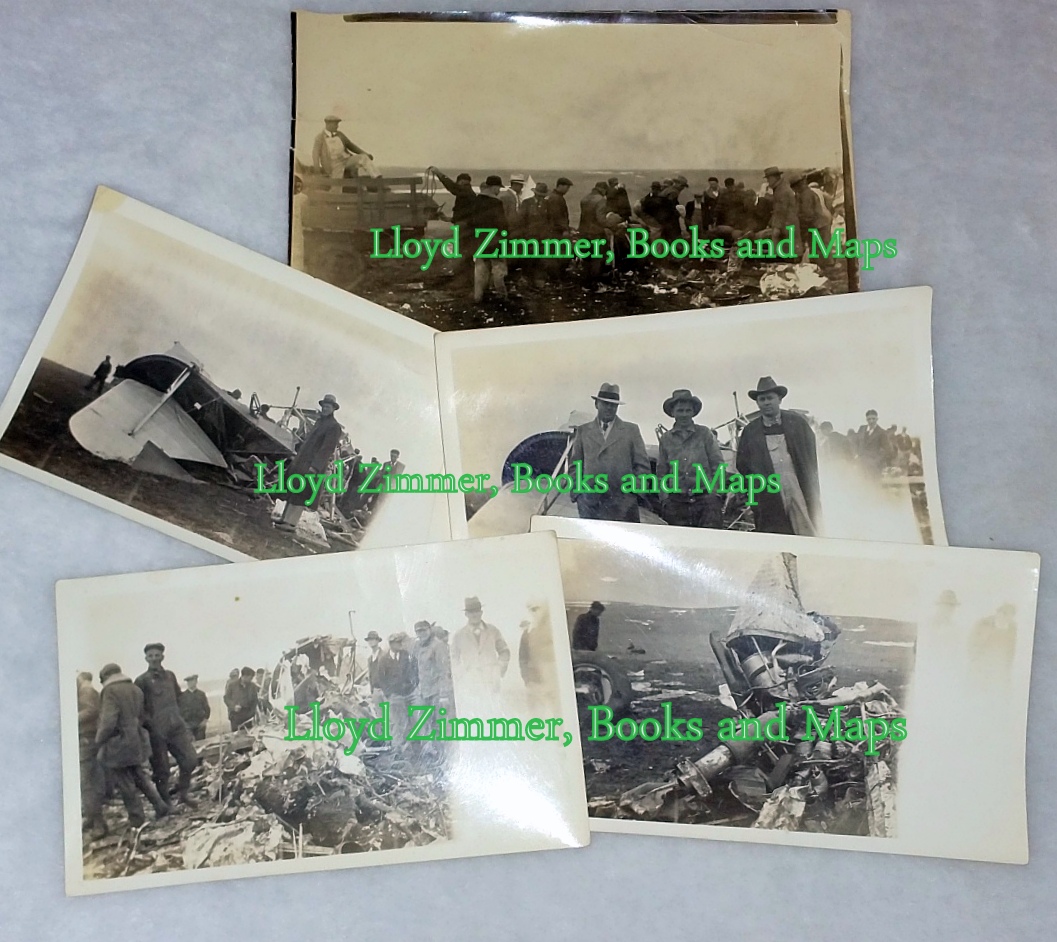 Knute Kenneth Rockne (1888-1931) is arguably the most renowned coach in all of football who led Notre Dame's Fighting Irish to become a major force in 20th century college football. While in route to participate in the production of the film "The Spirit of Notre Dame," he was killed in an airplane accident on March 31st, of 1931 when one of the wings of the Fokker Trimotor broke up in flight. The plane went down in a wheat field near Bazaar in Chase County, Kansas (just south of Cottonwood Falls) killing all eight of the persons aboard. Rockne's friend and former Notre Dame coach, Jess Harper, lived about 100 miles from the site and was contacted to identify Rockne's body. This collection is five photographs of the crash site, confirmed and believed to be hitherto unpublished. These are likely AP copies and are thus contemporary originals, though not likely to be one of a kind. With that stated, initial searches have found no other examples of these specific five photos.