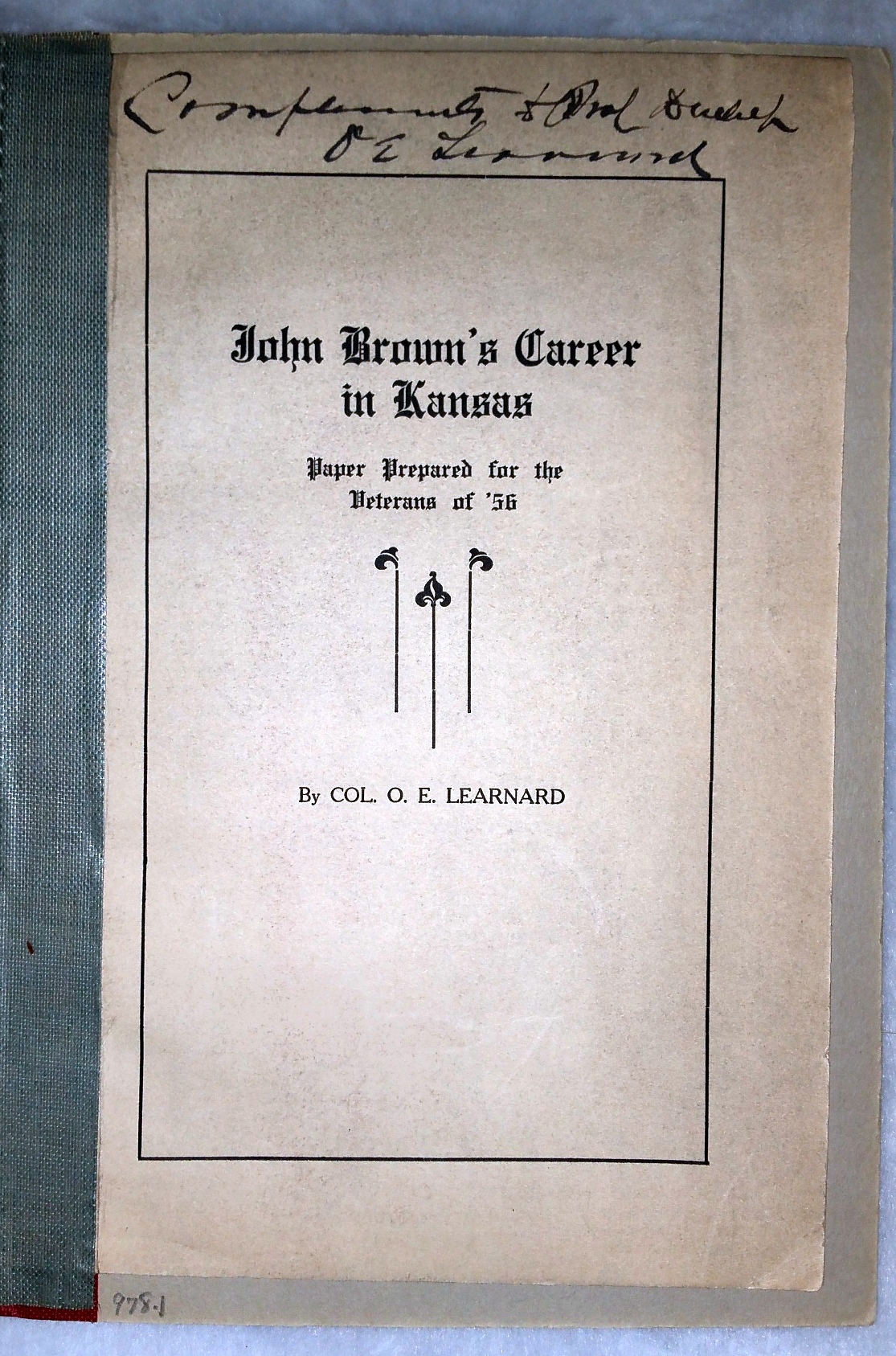 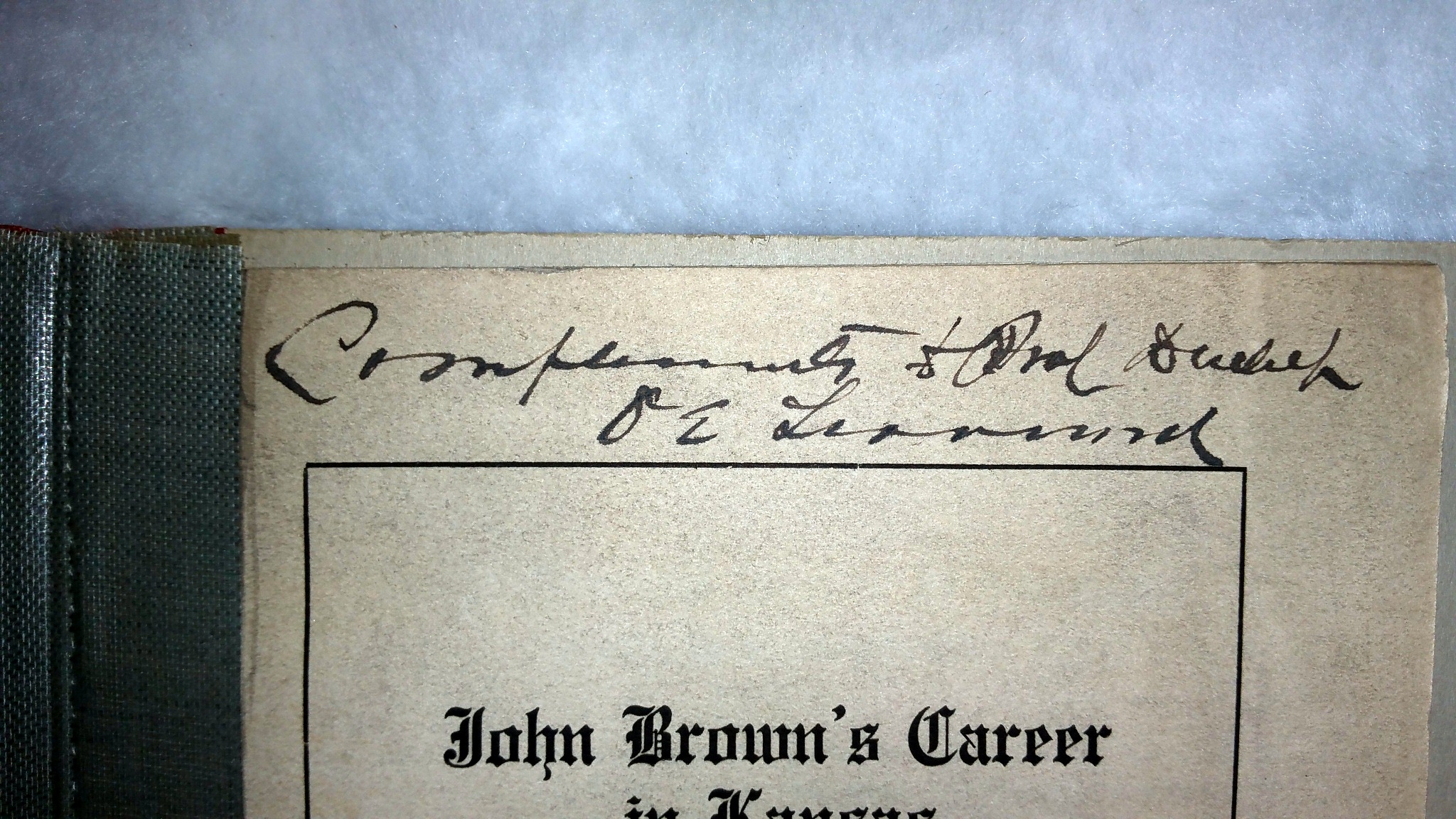 John Brown's Career in Kansas: Paper Prepared for the Veterans of '56

No date of publication, though circa 1910; Eight page pamphlet bound in original paper wrap covers, and later bound into a cardboard library binding; Author's inscription at top of original cover reads in full "Complements to Prof. Dunlap [Charles Graham Dunlap] / O. E. Learnard"; Library covers show the book plate of Professor Dunlap and two penciled library notations; There are no other library markings; Though showing light smudges, pamphlet remains in very nice condition and authors inscription is bold and clear; Learnard (1832-1911) founded the town of Burlington, was a district judge, and a lieutenant colonel of the First Kansas Infantry. He was a member of the territorial legislature and one of the first state senators. He chaired the Osawatomie Convention and helped found the Kansas Republican party, of which he was the first chair. He purchased both the Lawrence Daily Journal and the Lawrence Daily Tribune to consolidate under the name "The Lawrence Journal" which he edited until shortly before his death; This very scarce pamphlet disputes much of the popular and historically accepted lore of John Brown's time in Kansas.

Title: John Brown's Career in Kansas: Paper Prepared for the Veterans of '56

Inscription: Inscribed and Signed By the Author

John Brown's Career in Kansas: Paper Prepared for the Veterans of '56