Eisenhower for President? Or Who Will Get Us Out of the Messes We Are In?

Copyright is 1951; 118 pages. Author's inscription on blank front free end page reads in full: "To my very, very / good friend / J. H. Edwards / with most sincere / regards and best / wishes - always -- / W. B. Clugston / June 3rd 1951." Volume shows a little spine lean and covers are rubbed and a little faded. Dust jacket shows chipping and small tears along edges, though with no loss of lettering. Jacket is clean and now protected in a clear mylar sleeve.
View More... 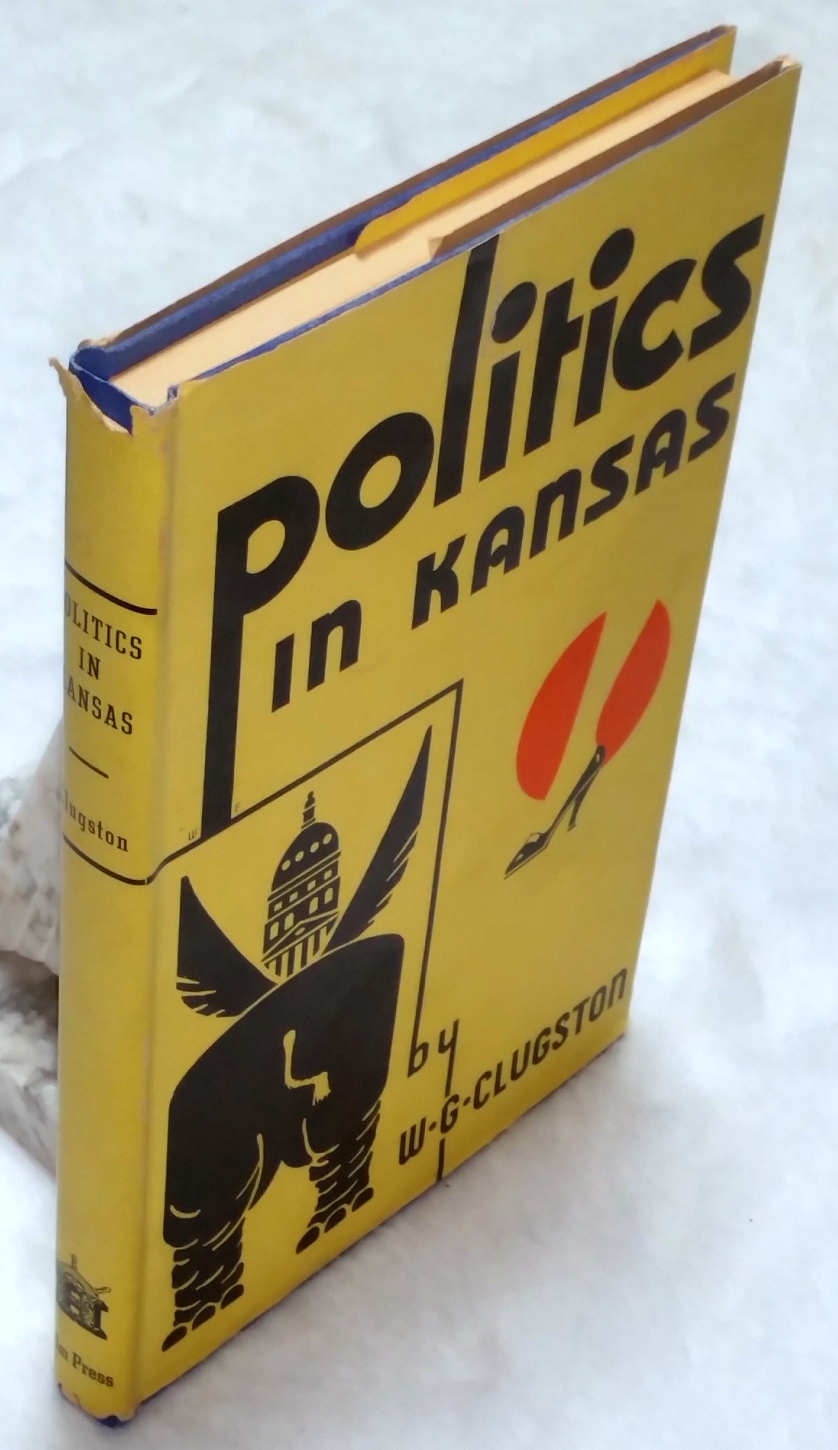 Politics in Kansas: A 4-Act Farce 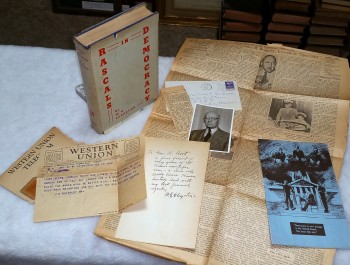 336 pages. Signed holographic presentation note is laid in, addressed to Geo [George] A. Root [1867-1949, newspaperman, historian, and author; Co-founder along with his father Frank Root, of the Topeka Mail; Helped start the Shawnee County Historical Society]. There is a Western Union telegraph addressed to the author from J. R. Brinkley, MD [1885-1942; Notorious quack known as "The Goat Gland Doctor" for his technique of transplanting goat testicle into human males initially as a cure for impotence, and later as a cure of a plethora of other male disorders]. Telegraph reads "Just heard Cha...
View More...